entrepreneurialism + heterodox economics = the only future worth believing in

It is hard to deny that this thing we call the “private sector” rules our world. It has infiltrated our politics, our ecosystems, and the vast majority of our material lives. This makes it an easy target for maximum culpability.

And how could we disagree? The arguments and empirical evidence against our current globalized form of commerce are everywhere. What the layperson sees as “corporate greed” finds its sociological facticity in postdoctoral treatises waxing poetic on the anthropocene, market fundamentalism, accumulation by dispossession, and the striking banality of wage slavery.

Case in point: most of us seem to share the basic intuitive sense that the business world and its network of influence is what drives the vast majority of modern suffering and corruption. As the late Mark Fisher observed, our culture reflects this subconscious consensus: “Time after time, the villain in Hollywood films will turn out to be the ‘evil corporation.’ ”

What is most significant about Blomkamp’s 2013 film is not its dystopian extrapolation of climate change or militarized AI, but rather that such desecration exists only insofar as it satisfies the resource and labor demands of an elite stratum of the population. As many theorists of racial capitalism argue, this economic logic is alive and well today.

What Is To Be Done?

Beyond a resurrected labor movement and antitrust reform—both indispensable ingredients to a healthy, democratic society—what other modalities of transformation might we look toward? What new forms of social change might take us beyond the binary of (non-scalable) grassroots activism and the increasingly defunct cat-and-mouse game of electoral politics?

With an interest in political economy, my attention gravitates to culpability’s complicated sibling: agency. That is, if our current economic regime is at fault for many of today’s widespread crises, then this same regime grasps the greatest capacity for change.

But here we must tread carefully, as this notion of change cannot be mistaken for the kind of change many in the business world already speak to.

The latter, championing an image of the entrepreneur as the most powerful engine of collective progress, carries with it a long history of innovation construed as the proprietary dissemination of commodities. It is here that change is conflated with industry-specific value chains and shareholder ROIs. Anything termed “revolutionary” is reduced to an anachronistic metaphor for commercial output.

What this way of thinking conveniently avoids is the real, material impacts of enterprise: the production process with its harvesting of raw materials, its cheaply outsourced labor pools, its supply chain-driven carbon emissions, its Machiavellian guerilla marketing, its undercutting of local economies and mass layoffs, its legislated tax dodges and wage- theft, its deregulatory lobbying and union busting, its backroom collusion and under-the- table expenditures, and its relentless partitioning of our daily lives into a million and one opportunities for predatory monetization. As many historians, political scientists, and economists before me have tried to argue, it is precisely these forces and their downstream effects which dictate the lion’s share of our world’s prosperity, or lack thereof. They are the principle mechanism through which the status quo is reproduced.

A meme by media theorist Hannah Baer illustrating how most forms of violence, in this case racial violence, can be traced to financial interests and the political regimes that fortify those interests.

What any true egalitarian should glean from this state of affairs is that the most effective form of agency is to be found in the operations of business itself. And that if one is to truly approach the question of positive change, the only kind of innovation worth pursuing is innovation in business models, ownership structures, labor conditions, value generation, and stakeholder frameworks.

This, finally, is the kind of change I want to talk about.

To translate this into practical terms, we must take my initial question of ‘what is to be done’ directly to today’s business leaders.

In the midst of a highly politicized professional climate, staying woke has officially been promoted to zeitgeist. Now is a time of “social justice,” with public expectations escalating beyond vague notions of charity and sustainability toward explicit policy demands and piloted infrastructural overhauls. And yet, this zeitgeist remains ambiguous—equal parts empty virtue-signaling and concrete material change. Popular culture has been transformed into a parade of BIPOC ad campaigns, non-binary Netflix protagonists, “Thank You Essential Workers” website banners, and one-off anti-bias trainings. Take a gander and you’ll find business leaders in every industry making steadfast egalitarian proclamations.

But I’m not here to castigate anyone for their hollow promises. Instead, I am interested in reading this hazy yet pervasive cultural shift as a fruitful site of intervention (or, perhaps, experimentation).

My question: how might today’s business leaders, with their self-professed egalitarianism, take seriously a call for the kinds of material transformation described above? And (rather than remain within primarily insular and jargon-heavy subcultures, such as think tanks, NGOs, and univeristy departments) what if this call to action was translated to their mother tongue?

This is the line of thinking behind what might be called “heterodox business strategy.” Sprouting up from a diverse myriad of practitioners, I see it as a new generation of entrepreneurialism sensitive to itself as the source of societal maladies.

In broad strokes, heterodox business strategy could be described as:

But this is only a rough outline. The ideal would be for strategists of varying backgrounds to begin fleshing out this project’s broader ethos and application, be it through case studies, specific tactics, or broad scale strategic frameworks. Putting disparate schools of thought and communities of practice into conversation to learn, refine, and guide one another would be crucial. (Because let’s be honest, we either get to keep the cozy horse blinders of our careerist divisions of labor or avoid the coming climate wars, but we can’t have both.)

Cute Idea, But How?

Of course, one prerequisite to effectively hopping between different communities of practice is a sensitivity to what is perceived as feasible. While I am familiar with the bottom-line logic fueling C-suites and boardrooms, I am unconvinced by monolithic generalizations that paint business leaders as utterly parochial and inhumane. I concede that many, if not most will jokingly dismiss strategy requiring vast operational and financial reconfiguration, but industry-wide consensus is not the goal. As any startup founder or venture capitalist knows, markets behave non-linearly, influence is not reducible to monopolization, and success is sometimes inversely proportional to precedent.

In other words, it is both naïve and negligent to rely on reductive stereotypes when asking the question, what is possible? The smallest victories send out disproportionate shock waves, and early adopters of alternative and heterodox models are in abundance to those who look for them. So where are the consultancies analyzing and breaking these models down into strategy playbooks for curious senior executives? 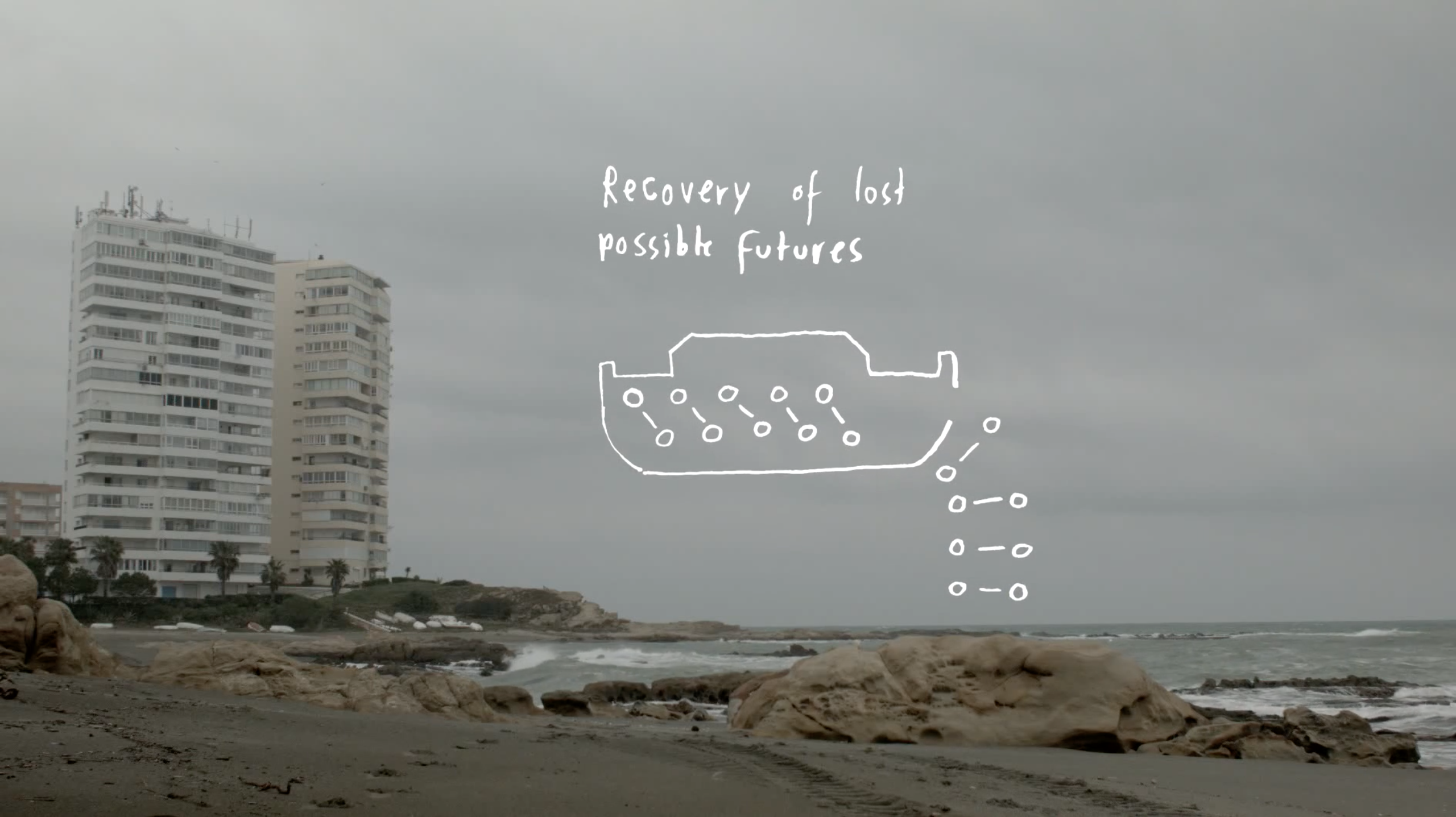 More importantly, we might also ask what reasoning a CEO could have to consider something like carbon-negative logistics, restorative agriculture, subsidized public infrastructure, or cooperativization? Here we find the work of consultants will be to shift our definitions of value generation. Starting out with traditional ROIs, heterodox business strategy is most compelling when it pitches a redesign of operations as an investment in productivity, morale, competitive advantage, and brand recognition. But, eventually, new forms of value must be introduced as indirect ROIs: what influence does democratic decision-making have on your organization’s KPIs? How does financial transparency effect customer loyalty? What unique employee benefits will encourage retention, lower turnover costs, and attract talent from competitors?

Surely, there is a gradient of strategies for those with varying politics, comfort levels, and organizational sway. As a theoretical framework, heterodox business strategy must map this gradient in order to establish the upper and lower bounds of impact. In practice, this is the work of finding footholds for nudging organizations toward the opportunities to be found when feeding resources back into the collective. (Success comes when both business owners and the general public begin viewing B Corp status, diversified hires, and donated proceeds as the lowest possible bar.)

But all this will take more than a sleek proposal connecting the dots for a room full of skeptical board members. Such work will require rigorous foresight, execution, evaluation, and iteration, as does all business strategy. My point, however, is that solutions exist and have existed, in some cases for many decades. The real dilemma: how will this discourse need to evolve in order to gain purchase with today’s business leaders, and how might its ideas be adapted to currently practicing consultants?

The internet continues to fart out endless financial models, policy proposals, open source software, marketplace analysis, legal hacks, executive playbooks, and other immediately viable tools—an indication that the real barrier to systemic change is either communication breakdown or old school power struggles. Let’s bank on the former while we keep an eye on the latter.